Born in Belgium in 1929, Hepburn came to the world's attention with a breakout role in Roman Holiday for which she won the 1954 Best Actress Oscar. Her career moved fast and her next film Sabrina not only cemented her status as one of Tinseltown's finest, but introduced her to the designer to whom she would become muse - Hubert de Givenchy.

Givenchy went on to design the actress' personal ensembles, as well as those made famous by her in timeless films such as Funny Face and Breakfast at Tiffany's. She later said, "His are the only clothes in which I am myself. He is far more than a couturier, he is a creator of personality."

In 2006, the little black Givenchy dress famously featured in Breakfast at Tiffany's was sold for £467,200 - the highest price paid for a dress from a film and a sign of Hepburn's lasting legacy as a style icon. 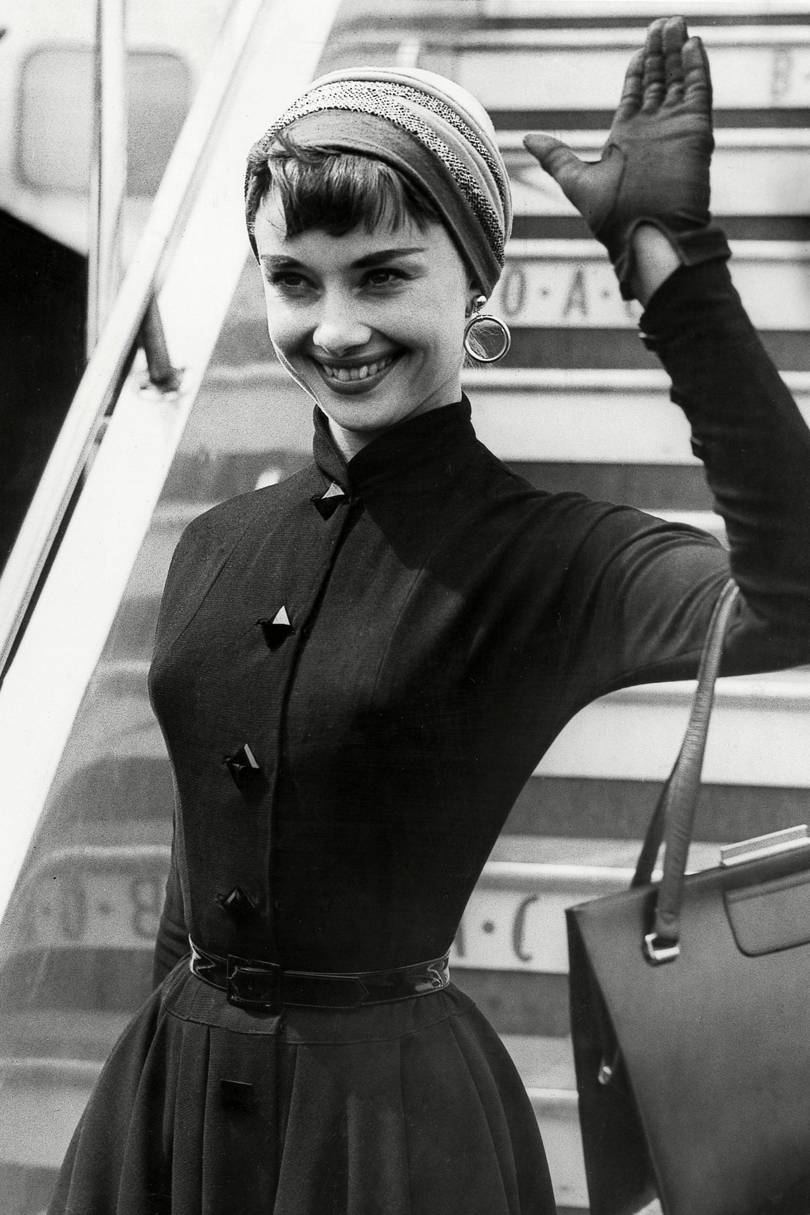 1953 - Arriving back in London following an American stage tour. 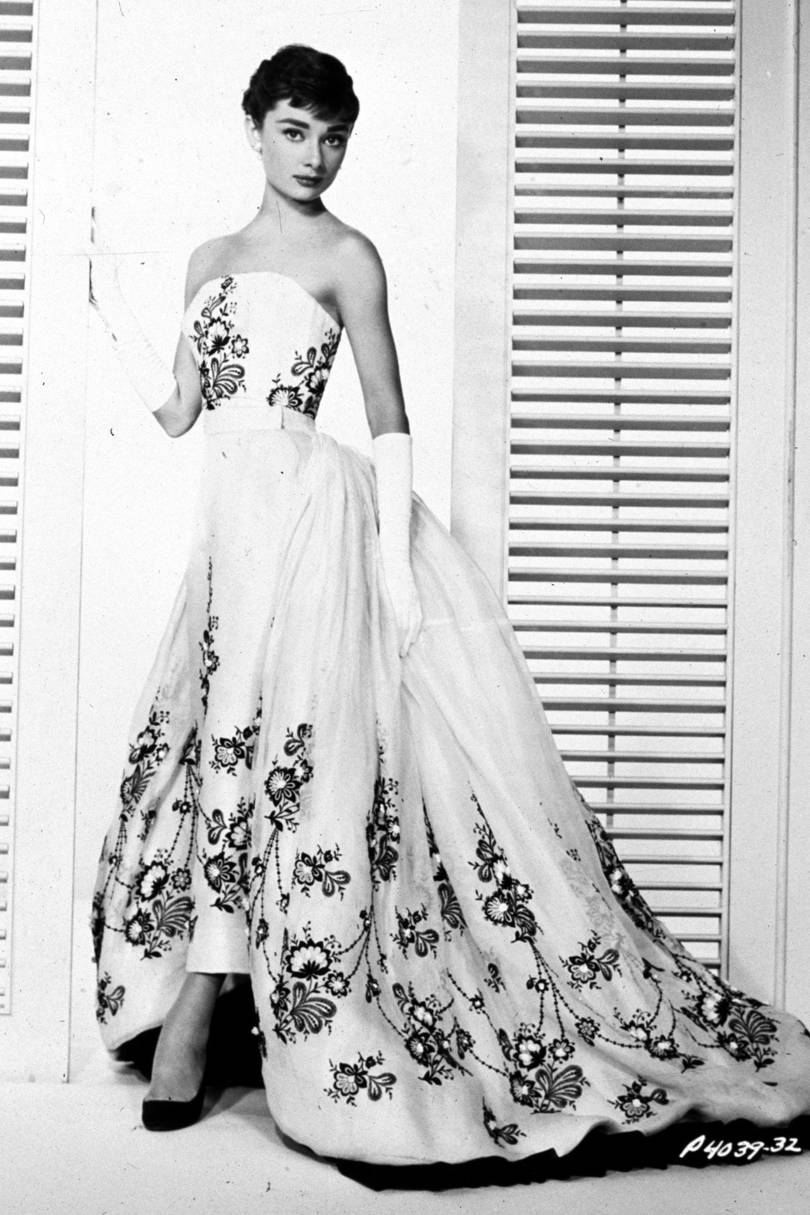 1954 - In a promotional portrait for Sabrina - the first film in which she worked with Hubert de Givenchy. 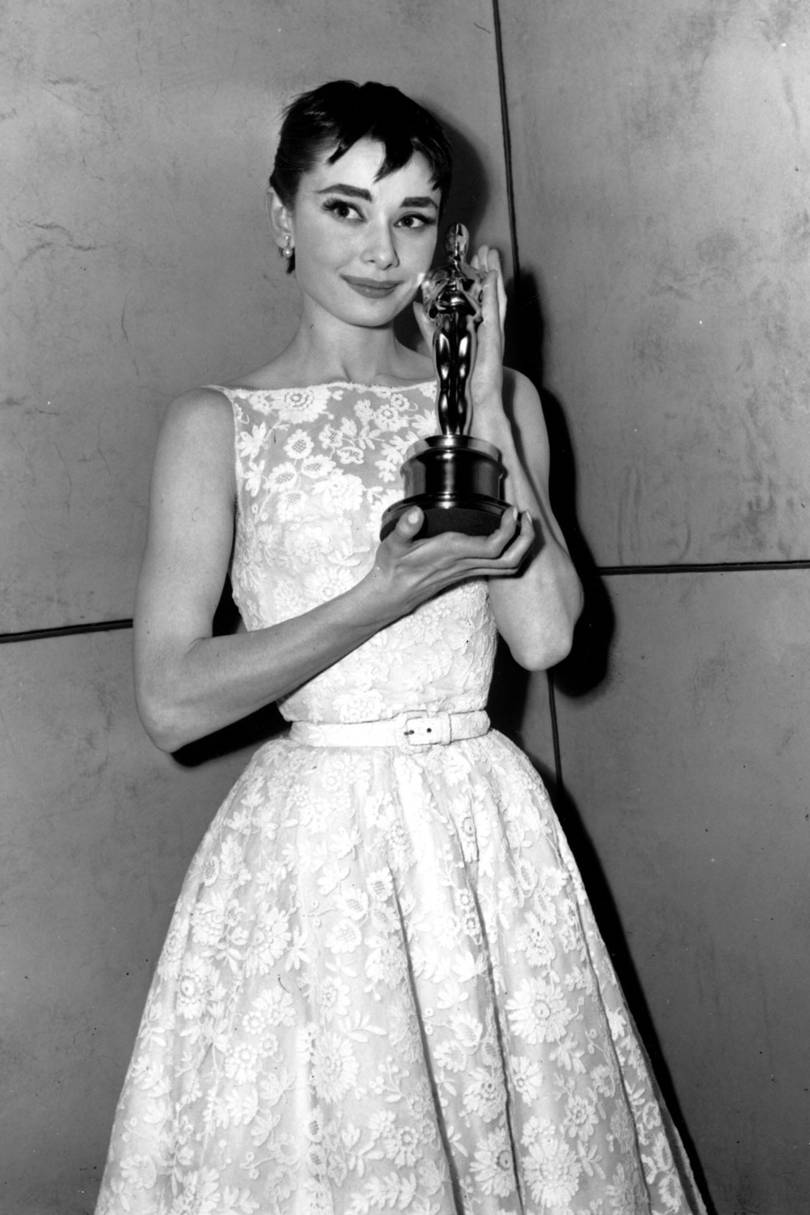 1953 - In a Givenchy dress at the Oscars where she won the Best Actress awards for her Roman Holiday - her first major film role.

1955 - In a strapless gown and beaded choker for a black tie event. 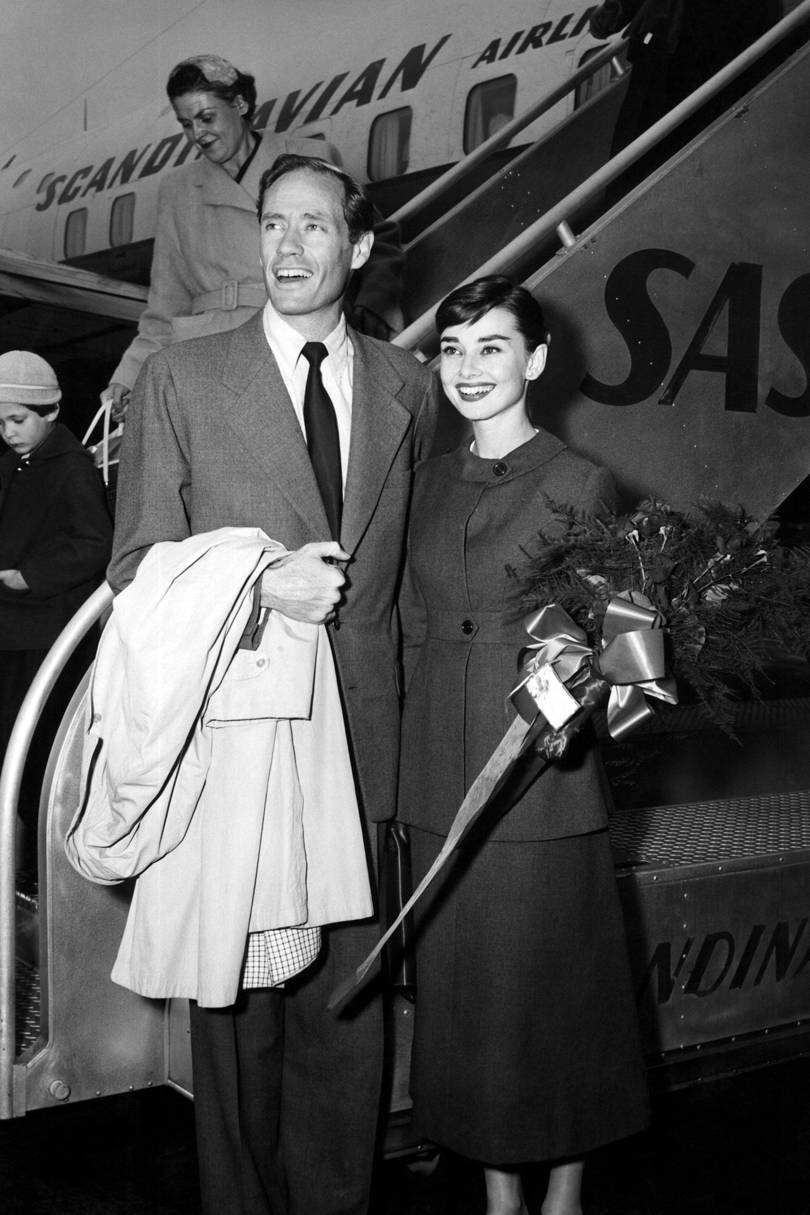 1956 - Leaving Italy with Ferrer after filming War and Peace. 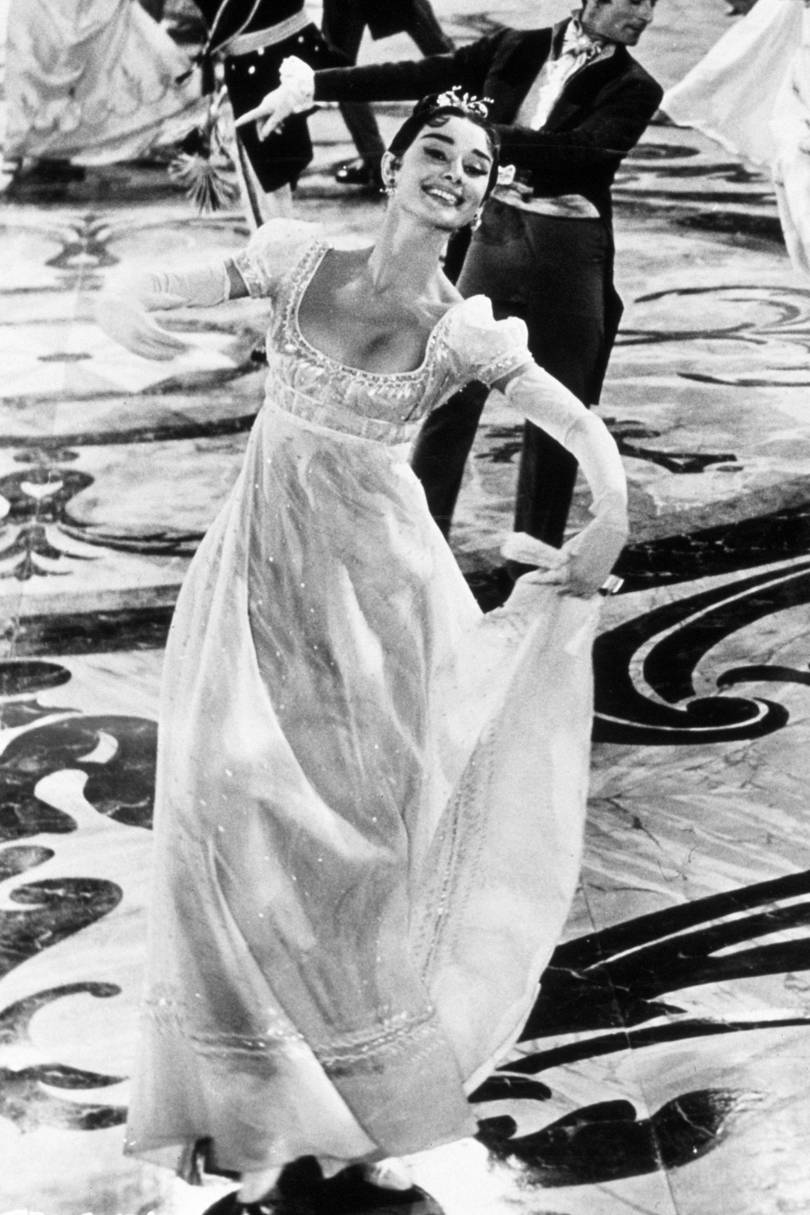 1956 - A film still from War and Peace in which she co-starred with husband Ferrer. 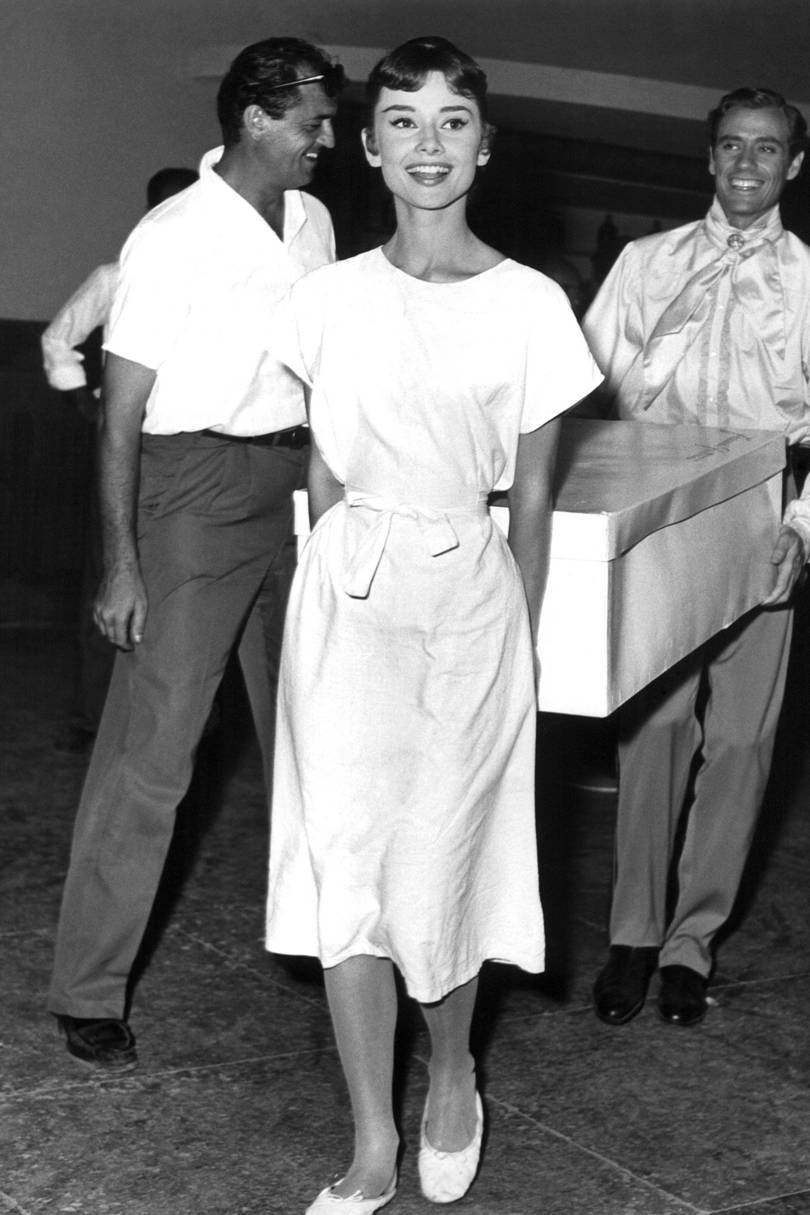 1956 - Filming on location in a white dress and pumps. 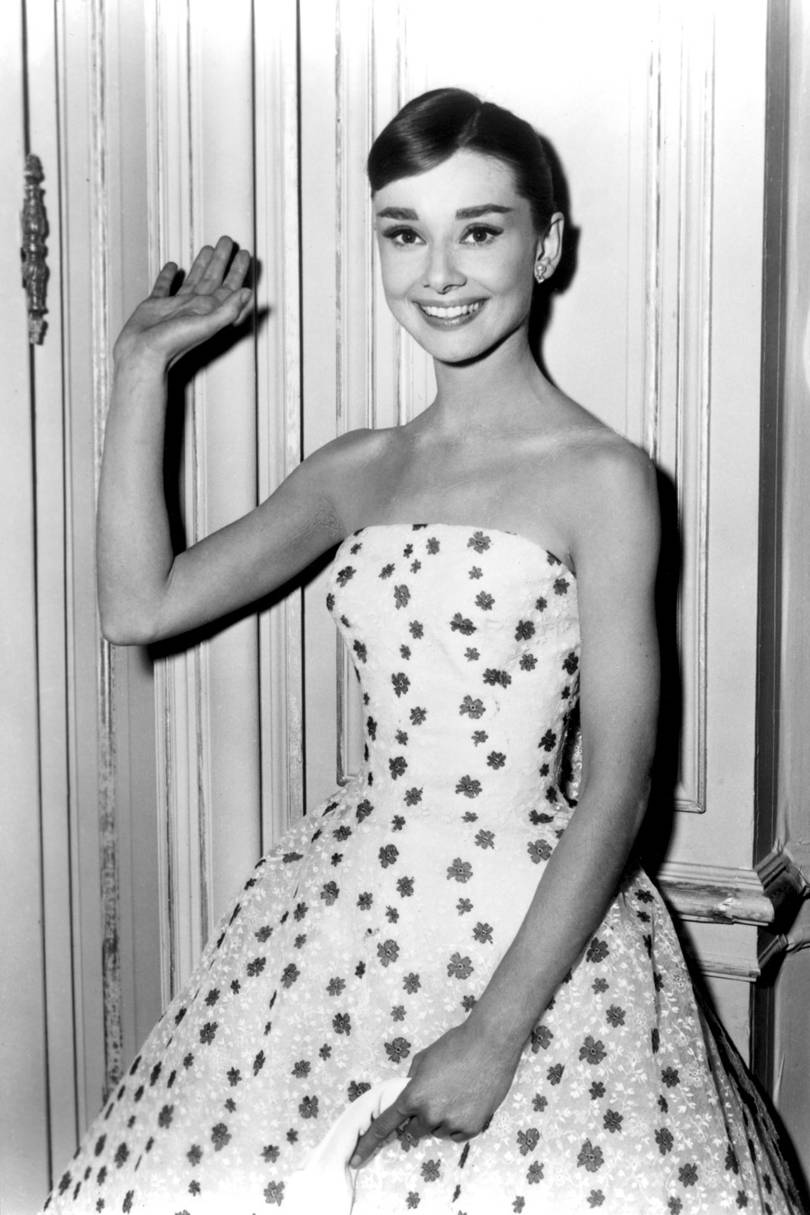 1957 - In a studio portrait to promote Funny Face wearing a strapless floral gown. 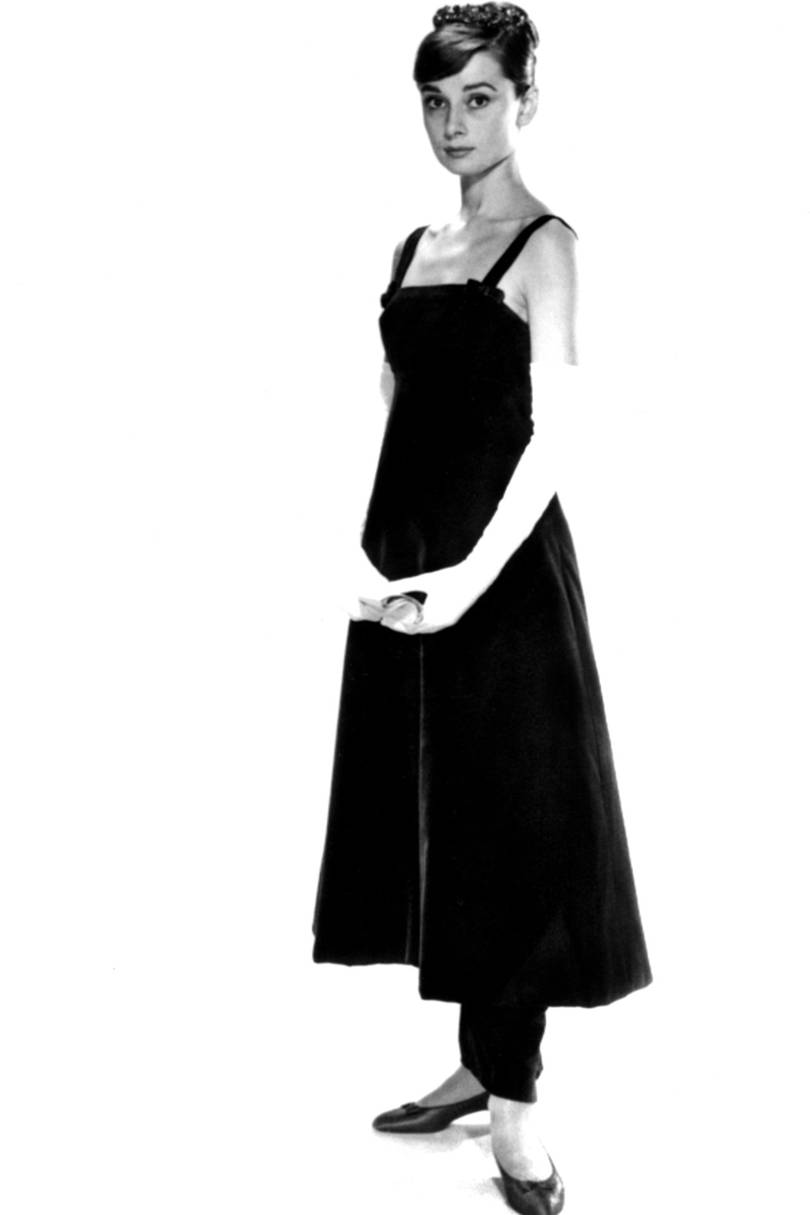 1957 - In a Givenchy black gown and slim trousers for a photo shoot. 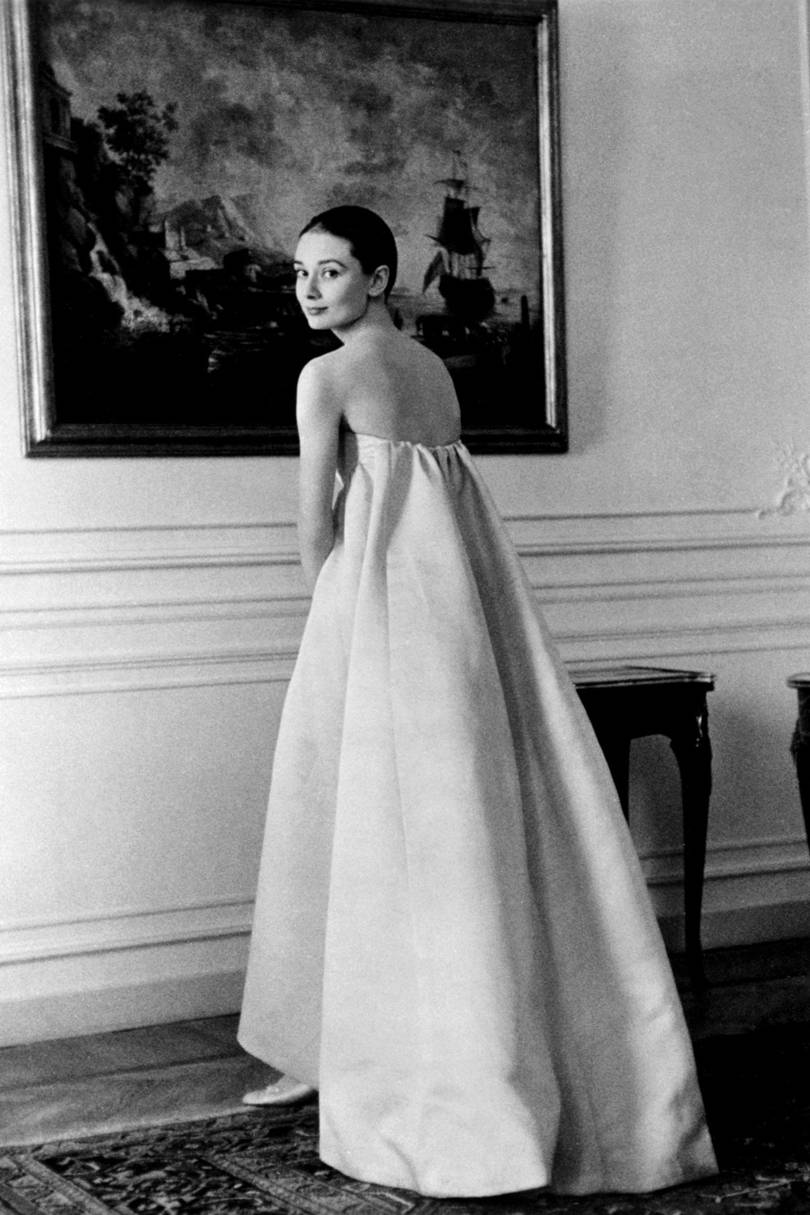